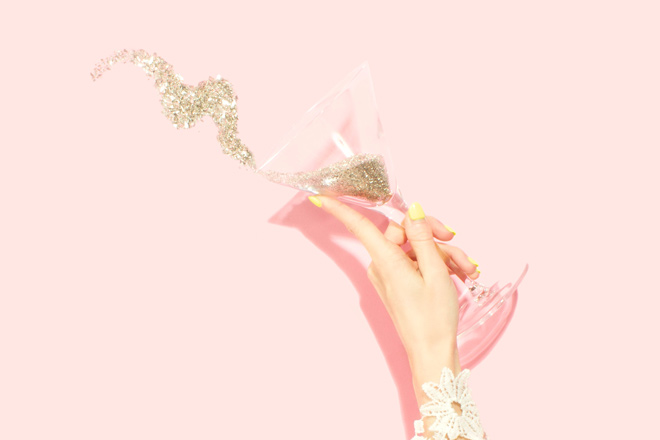 The lights glow, the champagne fizzes, and the crowds gather to wish goodbye to a year well-spent, while ushering in the new. You should be happy, right? After all, it’s a celebration!

As it turns out, while New Year’s Eve is billed as the ultimate carefree holiday, it’s actually a catalyst of anxiety for many people. The closing of the year invites us to reflect — and that reflection isn’t always positive. Maybe there was something you meant to do in 2018, but didn’t. Maybe the forced festivity of the holiday season has you feeling socially isolated. Maybe the end of a year has you glumly reflecting on the inevitable forward march of time, and your place in the universe.

Fight the Temptation to Ruminate

With the year wrapping up, it’s natural to take stock of where you’ve been and what you’ve done in 2018. While the lucky among us will be able to reflect with a sense of accomplishment and satisfaction, it’s also easy to feel that no matter what you’ve accomplished this year, it’s never enough. Patterns of repetitive negative thinking, called rumination, keep us doubting ourselves rather than looking forward to the new year.

If you find yourself dwelling on regret or self-criticism about 2018, it can be a good idea to take a step back and examine your patterns of thought, perhaps with a therapist. Be mindful of negative loops of thought in order to change them to healthier thinking.

You can also work on changing rumination into positive action. If you wanted to get healthy in 2018 but feel you’ve come up short, rather than ruminating, come up with small, attainable steps you can take every day (and not just the first couple days of January) to be more in touch with your body. If you feel stuck in your career, think of small, attainable step you can take every day to move in the direction of the career you want.

Warm Up Against Winter Weather

While there are a number of social and psychological reasons the new year inspires major stress, for people who live in colder climates, there may be another contributing factor: the weather. The shorter days and colder weather of winter can exacerbate symptoms in people with depression, and can cause seasonal depression in others. This is called major depression with a seasonal pattern, or Seasonal Affective Disorder (SAD).

In addition to therapy and medication, the use of light therapy has been shown to help people with seasonal affective disorder with as much efficacy as antidepressants. Light therapy is exactly what it sounds like: a recommended 20-60 minutes a day of exposure to bright fluorescent light, often in the form of a portable light box.

If your glum feelings go beyond New Year’s Eve and trouble you throughout the holiday and winter seasons, it’s worth talking to your doctor or therapist. It could be that your existential anxiety about the passing of time will feel a whole lot more manageable when you shine a little bit of light on the situation.

With the “new year, new you” slogan blaring from every television screen and website, the pressure around self-improvement can make New Year’s totally stressful. For people with depression, the burden of self-improvement rhetoric can feel completely overwhelming and exacerbate feelings of worthlessness. The pressure to set any resolution can lead us to set unrealistic goals, and then punish ourselves when, predictably, they fail to materialize.

The truth is, there’s no need to become a “new you.” You’re just fine the way you are. While self-improvement is an admirable goal, genuine change comes gradually and with compassion. Rather than setting a big resolution for the New Year, focus on small, practical commitments and practice them kindly.

For example, rather than resolving to lose twenty pounds and punishing yourself when you break down and eat a snack cake, explore eating more thoughtfully through intuitive eating, or sign up for a dance class that will encourage you to be physically active in a fun, social way. When it comes to leading a genuinely happy life, self-compassion is far more important than self-punishment.

For all the self-improvement rhetoric and the promises of glitz and happiness, New Year’s celebration can actually embody one of the worst aspects of our culture: the idea that happiness is something that can be quantified through accomplishment, rather than something lived. When we take stock of our year, we’re often told to see it in terms of what we achieved, like big projects mastered and money earned.

Of course, there’s nothing wrong with having ambitions and wanting to grow personally and professionally. But ultimately, happiness isn’t a race to the finish line, and racking up accomplishments — or setting competitive intentions — won’t make us happy in a sustainable way.

Instead, social science tells us that genuine happiness comes from community, gratitude, and connection, rather than competitive accomplishment.

Reflection Instead of Resolution

Rather than letting New Year’s anxiety put a cloud over the end of your 2018, take a moment to really reflect on what all those corny holiday songs keep telling you. While yes, it’s totally annoying to hear “It’s the Most Wonderful Time of the Year” and “Have Yourself a Merry Little Christmas” playing on loop for the thousandth time, there’s also serious wisdom in those cliched lyrics focusing on the simple pleasures of gratitude and social connection.

This New Year’s Eve, allow yourself to let go of the pressure to set a strict resolution, and simply enjoy where — and who — you are.

Wishing all our readers a healthy, happy New Years celebration! Let’s stick together in 2019. We promise to bring you more valid content to make yours and your family’s lives more manageable. Take care!