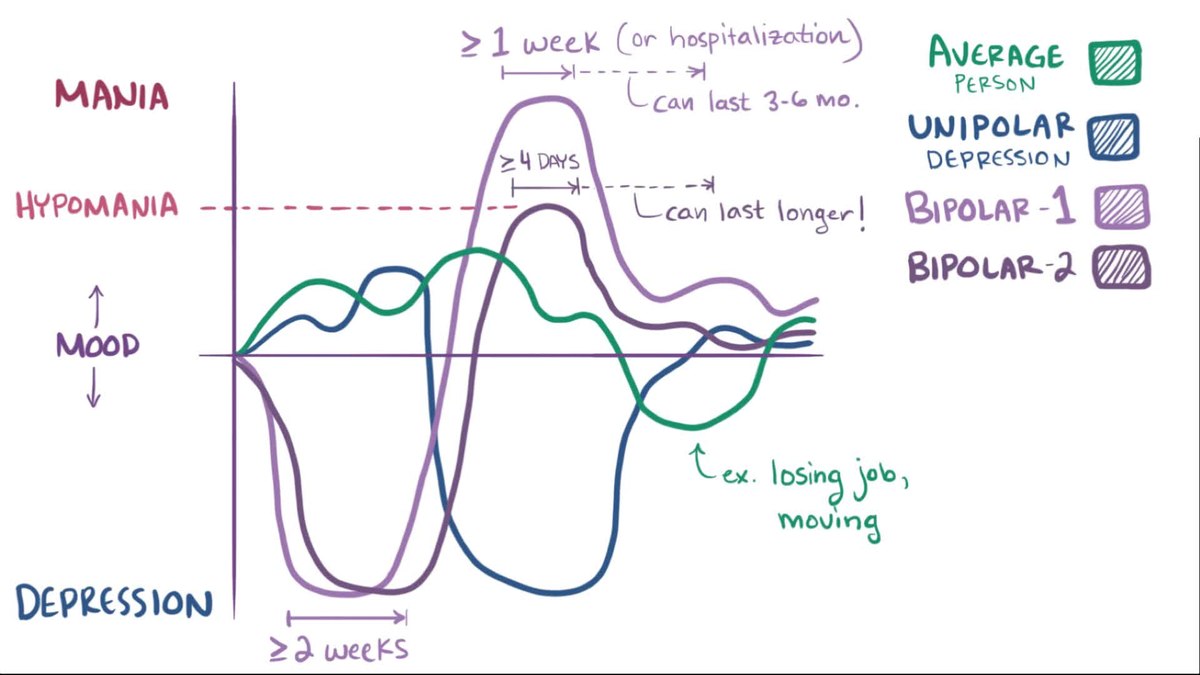 Delusions are beliefs that aren’t based on reality. During a delusion, you might believe that you’re close friends with a famous musician you’ve never met or that you’re leading the country’s space program.

Having delusions can be a condition of its own, called delusional disorder. They also can occur during the manic or depressive episodes of bipolar disorder. Sometimes, delusions happen together with hallucinations.

Believing in things that aren’t true can distance you from the real world and leave you feeling distressed. The inability to let go of an untrue belief could affect your work, relationships, and other parts of your life. However, there are effective treatments available.

There are several different types of delusions. Grandiose and paranoid delusions are the most common in bipolar disorder. Guilt is more common during depressive bipolar episodes.

Someone with paranoid or persecutory delusions thinks that other people are trying to hurt them, despite having no proof that this is happening. They may feel so threatened that they repeatedly call the police seeking help.

A person with this type of delusion believes that their romantic partner is cheating on them. In reality, there’s no evidence that their partner is being unfaithful.

This is when someone believes they’re responsible for committing a crime or causing a terrible event, such as a natural disaster. Again, there’s no evidence that they had involvement in the event.

This type of delusion causes a person to believe that someone is in love with them who isn’t. Often the object of their affection is someone famous.

Someone with a somatic delusion believes that there’s something wrong with their body. For example, they believe that they have cancer or another disease, when they’re actually healthy.

A person with mixed delusions has two or more of the delusions listed above.

Below are a few examples of what someone might say or believe with each type of delusion. In every case, there’s no evidence to back up their claims.

“I’ve discovered the cure for cancer.”

“I have millions of dollars in the bank.”

“The government has planted a chip in my brain, and now they’re monitoring my every move.”

“The person in the car parked outside my home has been following me and is trying to kidnap me.”

“My co-worker puts poison in my coffee every morning. They want to kill me.”

“I need to check my partner’s emails every day to see who they’ve been talking to.”

“My spouse was 5 minutes late tonight. They must be cheating on me.”

“I waited outside my partner’s office for 2 hours to see where they went and who they were with.”

“I gave my roommate a cup of tea, and she died of cancer. I’m responsible for her death, and I must be punished.”

“I wished for rain so that I wouldn’t have to go to work. The hurricane that blew through my city was my fault.”

“The anchor on the evening news is sending secret messages straight into my brain.”

“I’ve written hundreds of letters to J. Lo. I wait for her in her hotel lobby after every concert.”

“My congressman is in love with me. The restraining order he filed against me is proof of his love.”

“Parasites have crawled into my skin and are laying their eggs inside my intestines.”

“The left side of my face looks different than the right side. I’m disfigured and ugly.”

“I’ve been to 20 different doctors, but none of them will admit that something is wrong with me.”

This article can be read in its entirety on healthline.com. To view it, click here.