From Villain to Hero: Reimagining the Role of Mental Health in Pop Culture

Home-Blog-From Villain to Hero: Reimagining the Role of Mental Health in Pop Culture

From Villain to Hero: Reimagining the Role of Mental Health in Pop Culture 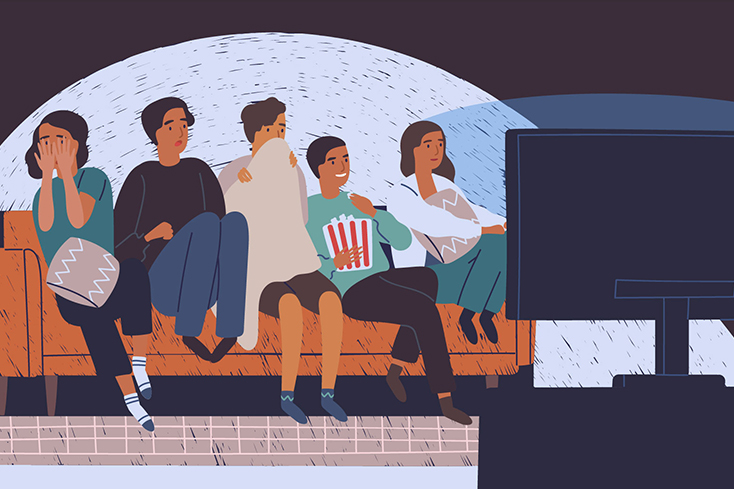 Stephen King is a master storyteller. His novels, spanning the genres of crime, fantasy, science fiction and horror, have sold nearly 400 million copies, and his work has been adapted into critically acclaimed films and television series.

Personally, one of my favorite films of all time is “The Shawshank Redemption.” I often find myself quoting Red’s lines in Morgan’s Freeman’s voice. However, I avoid watching King’s horror movies, and I feel that his portrayals of psychosis, among many others, have made life more difficult for people with mental illness — people like my wife.

People with mental illness face unfathomable challenges, and that is what should be reflected in movies rather than used as a fear tactic. Further, for people who are able to recover, their strength and perseverance should be highlighted across pop culture mediums in a positive light. In my eyes, overcoming problems with your own brain makes you a hero.

Capitalizing On A Fear Of Losing Touch With Reality

King has created a long list of characters with mental illness. Jack Torrance, the father and aspiring writer from “The Shining,” who spirals into a state of delusion, immediately comes to mind. But of course, King only continued the concept of dangerous antagonists with mental illness from earlier works. How about Alfred Hitchcock’s Norman Bates, whose terrifying shower scene traumatized every kid for decades? Those of us in Generation X grew up with a long list of unfortunate antagonists, like the unstable, reclusive and violent Jason from “Friday the 13th” and predatory Michael Myers from “Halloween.”

The terrifying, “psychotic” antagonist is an old trope, and an awful one, but understandable. Naturally, we find the idea of a malfunctioning brain disturbing. Someone with psychosis could look “normal” but speak and act in a completely unpredictable and even disturbing manner. If you are looking to shock and frighten your audience, people experiencing psychosis make for an easy plot device.

Adding to the terror, characters facing mental illness are a sharp and immediate reminder of the reliance we all have on the proper functioning of our brains. If it can happen to that character in the movie, can’t it happen to me, too?

Imagine, for a second, that you are experiencing psychosis, but you are not aware of it. According to your reality, everyone else is acting strange, but you are acting rationally.

Let’s also assume that you are fortunate enough to receive treatment. However, because you are in the midst of an episode, getting treatment feels as if others are forcing you to take pills and locking you up. Wouldn’t this be more frightening than any Hollywood horror show?

Continuing our thought experiment, let’s say that you fully recover. You’re the same as you were before the illness, with one clear exception: that harrowing experience of learning that, for a time, you couldn’t trust your own mind. But you’re healthy now and ready to resume your life. How does society receive you, someone who has shown so much courage and resolve?

Unfortunately, the return to “normal life” can be filled with prejudice and ridicule. Society may view you differently, act warily around you. You may be prevented from working at certain jobs. Perhaps this a reaction to the films, like King’s horror movies, that suggest you’re eternally unstable and untrustworthy.

Given what people with mental illness have been through — what they have survived — they should be celebrated for their indomitable will. Thought leaders like Brandon Staglin and Elyn Saks have been highly successful and productive while living with schizophrenia. Lady Gaga has sold out arenas and produced Grammy-winning art, even while battling PTSD and bouts of psychosis. I can’t imagine people more deserving of praise and admiration.

But it isn’t only the well-known and famous who deserve admiration; anyone who has overcome or endures a brain illness should be recognized for their fortitude. My wife, the closest person in my life, faced recurring psychotic episodes 10 years ago. As a family, we lived through the spookiness of acute psychosis, but she suffered more than we could ever fathom. Through incredible strength, perseverance and patience, she endured the experience. She recovered and, as a family, we’re stronger than ever.

We Need To See Accurate And Positive Representations

Where are the representations of survivors like my wife — books and films where we can revel in their successes? Certainly, there are some positive portrayals to note. Matthew Quick and David O. Russell’s “Silver Linings Playbook” comes to mind. Audiences collectively rooted for Jennifer Lawrence and Bradley Cooper when they took to the dance floor in the penultimate scene.

But we need to see more characters like these across our pop culture landscape. Society needs to experience, though accurate media representations, the reality of mental illness — including the joys and triumphs. With love and support, and access to the appropriate treatment, people can recover from and successfully manage mental health conditions. Through better storytelling, creators can remind us that overcoming and managing mental illness should be commended rather than rebuked or feared.

Haven’t we had enough of the old tropes? Perhaps Mr. King can put his talents to use in ending, rather than perpetuating, the stigma.

Patrick Dylan joins the voices calling for an end to the stigma surrounding mental health conditions. His book “Safe, Wanted, and Loved” recounts his family’s experience with mental illness. He and his wife Mia hope that sharing their story will spread awareness of the realities of mental illness and offer support to others who are experiencing a mental health crisis or providing care to an affected loved one.