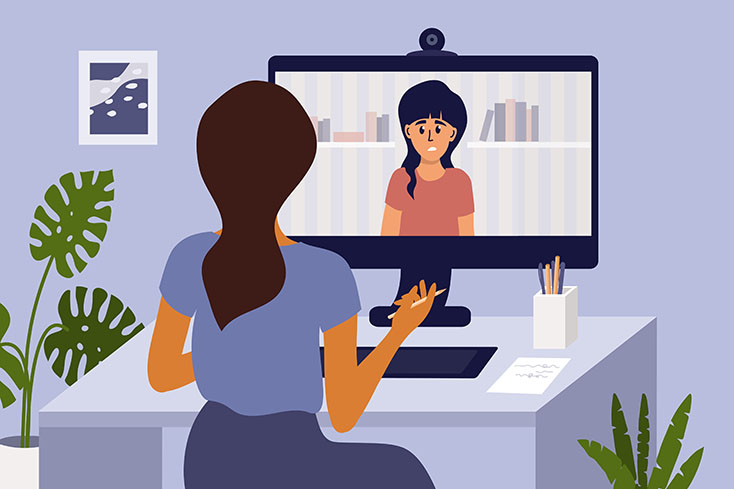 Like 2.3% of U.S. adults, I live with obsessive-compulsive disorder (OCD), a largely misunderstood mental health condition that can have a devastating impact. Some international research suggests that people with OCD may be up to ten times more likely to die by suicide compared to the general population. The good news, though, is that OCD can be managed successfully by a behavioral therapy called Exposure and Response Prevention (ERP).

With both conditions, these intrusive fears can take shape in certain behaviors — many of which contradict a person’s core values. These behaviors and can be violent, sexual, religious or relationship-based in nature. The disconnect between one’s behavior and values often leads to crippling distress — and it can even trigger severe behavioral health comorbidities.

After an arduous journey to diagnose and treat my OCD, I felt that others seeking help deserved better. As my own recovery progressed, I founded the company that I truly needed in the early stages of my struggles.

My journey with OCD began when I was 20 years old, and it turned my world upside-down. I plummeted from being a successful student athlete at a small Texas university, majoring in Chinese and playing quarterback, to hitting rock-bottom in about six months. Misdiagnosis and mismanagement of my condition fueled my descent.

I sought care from an in-network Chicago psychologist early on, who misdiagnosed me with generalized anxiety disorder. His recommended treatment plan: Snap a rubber band on my wrist whenever intrusive thoughts appeared. That misguided advice only made my symptoms worse.

I ultimately saw four more providers, and each one failed to recognize I had OCD. In the end, my health plan paid these providers tens of thousands of dollars for ineffective treatment, while my mental health continued to decline. I developed severe depression, became housebound and left my school and football career behind.

In desperation, I turned to Google for answers. My research led me to a community that was sharing experiences nearly identical to mine. They described how their symptoms improved after trying ERP therapy with an OCD specialist. In an ERP session, a patient gradually confronts the situations that cause anxiety and discomfort. Then, rather than engaging in behaviors to make the thoughts stop (also known as compulsions), the patient learns to sit with the anxiety and accept the uncertainty behind the trigger. Hoping that this treatment might be the answer, I found an out-of-network provider who charged $350 a session and had a seven-month waitlist.

Fortunately, the wait didn’t last for months. The provider correctly diagnosed me with OCD and started me on an ERP therapy plan. Despite only seeing the therapist for one hour a week and needing to manage my symptoms alone between sessions, I successfully navigated treatment. After eight months, I was back in school, back on the football field and back in life.

I completed my degree and football career at Pomona College in southern California.

Changing The Experience For Others

Shortly before graduation, I was confronted with figuring out what to do next. I thought about that community of people with OCD who set me on the path to a correct diagnosis and effective treatment. I also thought about the hundreds of millions of people globally looking for this path who are unable to find it. But why? It didn’t have to be that way.

I was certain that digital technology could help people find a correct diagnosis, connect with other people who have OCD and bring ERP therapy to those who need it.

In 2018, I opened the Chicago office for NOCD, a telehealth company dedicated to providing effective OCD therapy to anyone who needs it, regardless of location or financial situation. Three years later, we work with therapists, patients, health plans, providers and employers to transform how people with OCD globally can improve and reclaim their lives.

Finding A Solution For The Future

2021 has been a pivotal year for telehealth – both for physical and mental health care. And it need not be considered a temporary solution borne of the necessities sparked by the COVID-19 pandemic (although that certainly accelerated its adoption).

For some individuals, virtual behavioral health services can make care more accessible and affordable, while still being effective. These people may decide to adjust their therapeutic plans to stay virtual long-term. However, it is important to note that every person, clinician, and provider company or organization is different – what works for one may not work for another.

Moving forward, NOCD will continue to invest in our patient-first focus, with the goal of providing a beneficial and healing experience at every stage of the treatment process.

While my road to successful treatment was difficult, I am fortunate to have the opportunity to change this process for others.

Stephen Smith is the CEO of NOCD, a worldwide provider of virtual, evidence-based OCD treatment. After a personal struggle with undiagnosed OCD, Stephen made it his mission to create a world where anyone can access effective OCD therapy, no matter where they live or how much money they make.