Changing the Conversation about Eating Disorders

Home-Blog-Changing the Conversation about Eating Disorders

Changing the Conversation about Eating Disorders 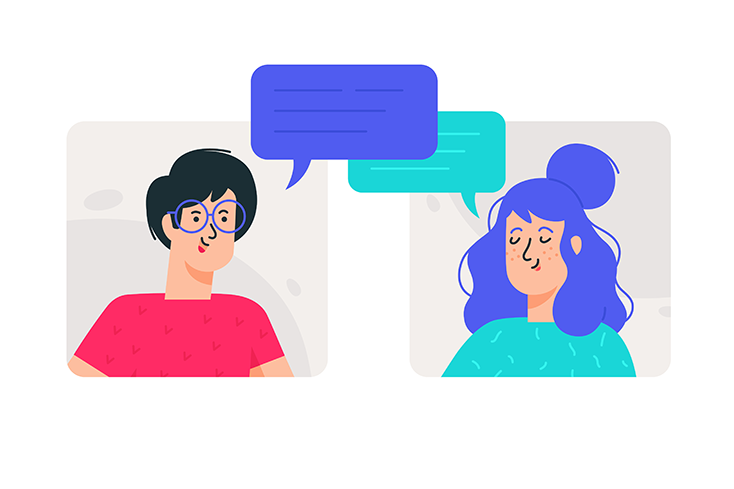 As I’ve progressed in my eating disorder recovery, I have chosen to be very open with friends, family and others about my struggles. I have dealt with anorexia, and I have several very close friends who have histories of disordered eating, specifically binge eating. Discussing our challenges and gaining a better understanding of each other’s experiences has been enlightening.

Understanding how other disorders are perceived — and how stigma varies depending on the type of eating disorder — has given me insight into how my friends’ lived experiences vary from my own.

I hope that sharing my story and what I’ve learned from my friends will help normalize discussions about eating disorders.

I Was Validated For My Restraint

As is typical for those with anorexia, I sometimes restrict my food intake, denying my body the nutrients it needs. My body often responds to this restriction with headache or hunger, which, I understand, can be alleviated with food. But historically, I have tried to eat the least amount possible to satiate the hunger.

This restriction, unfortunately, is often encouraged by a cultural prioritization of thinness and “restraint.” People who restrict, I have observed, are often praised for their disordered behaviors. They are complimented for resulting weight loss or commended for their “self-control.”

For those battling an eating disorder, this can be a highly dangerous reinforcement. They are denying their bodies the food that they need — a behavior that can be difficult to change on its own, let alone with the added reinforcement of impressing others.

It’s important to note that there are people who will not encourage disordered eating behaviors. There were those who comforted me, encouraged me to seek professional help and acknowledged that I was not to blame for my struggles with anorexia.

My Friends Were Stigmatized For Their “Lack Of Control”

In theory, binge eating disorder and anorexia are similar; both conditions involve not listening to cues from your body, perhaps in attempt to gain control or manage emotional pain. However, my friends have been treated differently when disclosing their struggles with binge eating.

Some of the same people who offer compassion and support to those grappling with anorexia may view binge eating as a character flaw that can be “fixed” with enough self-control and effort. My friends often felt as though as the empathy and understanding I received was nonexistent for them, as their disorders involved bingeing rather than restricting.

This disparity has often discouraged friends from sharing their experiences. One friend observed her family rally around an aunt struggling with anorexia. When she shared her diagnosis of Binge Eating Disorder with those same people, however, she was shunned and humiliated. She watched as her family encouraged her aunt’s recovery process, while ignoring her experiences and progress. She finally found a therapist and dietitian who helped her with thoughts and behaviors she’s been plagued with for years — but she doesn’t have family with whom to share those successes.

As I learned of my friends’ experiences, I was inspired to confront my own biases about health and appearance.

When I shared my struggles with others, I was always sure to specify that I had been diagnosed with anorexia. People of all sizes and shapes can have anorexia, but most people attribute a specific thin “look” to the disorder. I feared that my size and shape did not match that stereotype or convey that I struggled with restricting, and I didn’t want people to assume that my behaviors involved bingeing. This fear highlighted my own internalized bias: I was open to be being perceived as someone with an eating disorder, but I didn’t want to be perceived as someone who binges.

This perspective, I realized, did not match up with the support I gave my friends. I tell people I know who binge eat that I love and support them, and I note that their binge eating has no bearing on our relationship. I point out that they aren’t “wrong” for bingeing, that I don’t judge, that this is not a weakness of character. They are not at all defined by these characteristics — nor do they have to hide them and feel ashamed.

So, I’ve come to realize that if I truly support my friends, and say that I don’t judge them, it is critical for me that I confront my internalized beliefs. As I strive to promote understanding and to reduce the stigma associated with eating disorders, I only mention my diagnosis if it’s relevant. If I say that I am recovering from an eating disorder and do not specify which one, people will realize that the points I share apply to anyone with an eating disorder, rather than just those who restrict.

I invite you, too, to consider your beliefs as I continue to contemplate and address mine. Would you react differently to someone sharing their struggles with an eating disorder based on their diagnosis? Based on their size? Based on their habits?

Everyone deserves compassion and support as they live with and recover from eating disorders. This support requires a delicate balance of encouraging recovery-minded behaviors without passing judgment on the behaviors they may have now. I hope that by sharing our lived experiences and misguided judgments, we can start to shift the dialogue.

Dr. Debbie Seacrest (they/them) is a math professor who works to identify and challenge their beliefs about themself and others. They and their husband encourage their two young children to have that same questioning spirit. You can contact them at debbie.seacrest@gmail.com.