Home-Blog-Knowing and Managing My Triggers 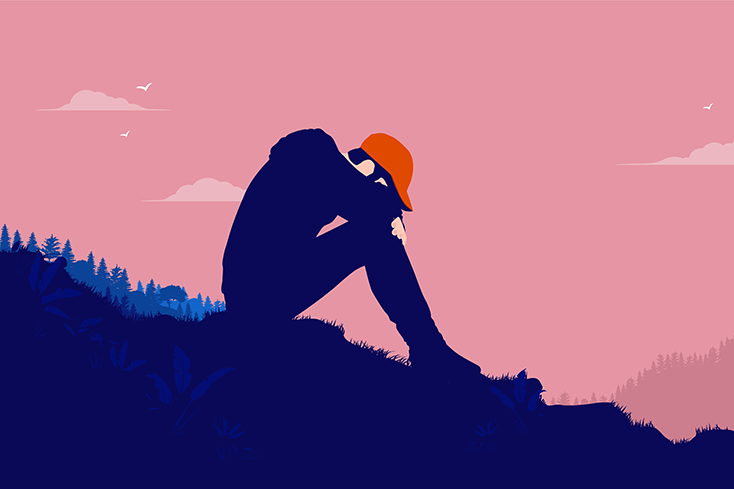 Recently I was watching one of my favorite movies, “A Few Good Men.” I had been a fan of the movie, a legal drama about marines, even before I joined the army. It features incredible performances from its A-list cast and a good “twist and turn” storyline. At one point in the movie, two marines participate in a hazing incident in which they are ordered to put a tainted rag down another marine’s throat and tape his mouth shut.

As I watched, in my mind, I was transported back to a night in the desert when I was in the army, and I had a similar, horrible experience. I try not to dwell on this traumatic event in my life. I quickly turned off the television, but the thoughts of my own encounter came roaring back, and I found myself experiencing the incident all over again.

Even when my trauma first happened, it was so profound, I did not know how to manage it. What I experienced was the last thing I imagined I would endure during my service. Even retelling the story spurs racing thoughts and a mountain of anxiety: I felt the tight restraint of duct tape being wrapped around my body until I was lying on the ground, unable to move in any direction to defend myself against my fellow soldiers. The duct tape was strapped across my mouth, and I was having difficulty breathing.

I remember thinking, “how could this be happening to me?” I was sure I was experiencing the last moments of my life. My parents flashed across my mind — would they ever know the truth about what had happened to me in this desolate, lonely place?

Seeing the hazing incident in a movie brought about a PTSD flashback. I looked down at the bracelet on my left wrist. It had the phone number of the veteran’s crisis line. Maybe they could help?

I also remembered that I had planned and prepared for a situation like this. Because of my diagnosis of schizoaffective disorder, I developed a routine I could follow on stressful days or days when I am experiencing PTSD symptoms. I knew that keeping to my routine was crucial. With the past weighing heavy on my entire body, the part of the body that was taped, I still had to move forward for the rest of the day. My daily routine was the only way I could move on.

Sticking To My Routine

I began by having coffee while listening to uplifting music. I brushed my teeth. Those two small steps made me proud that I had at least begun my daily routine. However, I still had the rest of the day to get through. I was in “survival mode,” so all I had was my routine.

I had not had an episode like that in months. Next, I called my mom, which was also a part of my daily routine. She had always been my go-to for advice and counseling. When I deal with anxiety and my symptoms of schizophrenia, I wonder what I would do if I did not have my parents who are my trust partners in my mental health journey.

My mom gave me what I call “sensory therapy.” She asked me to use my senses to tell her what was going on around me.

“My neighbor in his convertible driving in the parking lot.” I answered.  “I see a breeze blowing the palm trees. I love that I live in a place where there are palm trees.”

She asked me to close my eyes and tell her what I could hear — a dog barking, traffic out on the highway, seagulls squawking. By doing this, I felt in touch with what is real and what is happening around me. Her voice made me feel safe, and I knew I was not back in the desert.

I told mom I was looking forward to my exercise for the day, because it would start to get rid of this heavy and full body anxiety. She told me to call her after my exercise, just to check in.

Exercise is a regular part of my daily routine. I do it six times a week. Without exercise, racing thoughts and anxiety would fester and envelop my mind. Exercise not only burns off my calories, but also burns away excessive thinking and worrying.

Ultimately, I learned that watching an intense movie has become a trigger for me, even though I consider myself to be in recovery. I learned that my routine is crucial to distract myself from thinking I have no control. In the end, I had my action plan: my trust partner, my routine and my self-care. All of these have become imperative for a successful mental health journey— and I hope it can do the same for others.

Jason Jepson grew up in Virginia, but he now lives in Myrtle Beach, SC where he advocates for those who have received a diagnosis of severe mental illness. Jason was diagnosed with schizoaffective disorder while he was enlisted in the U.S. Army. He began his mental health advocacy with NAMI, where he received peer-to-peer certification, and he has since gone on to volunteer helping veterans who have mental health issues. Jason has written two books, and his first-person account of day-to-day life with schizophrenia has appeared in “Schizophrenia Bulletin,” an academic journal published by Oxford Press.