The Story of an Adolescence, Interrupted

Home-Blog-The Story of an Adolescence, Interrupted

The Story of an Adolescence, Interrupted 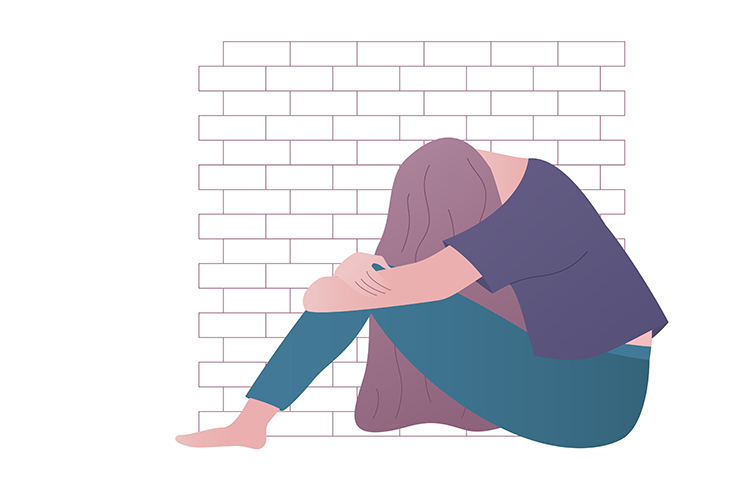 It was early fall, just past the autumnal equinox, that the fires started. Winds pushed flames through the sunburnt, thirsty hills of Southern California, and it was the ash — gray flakes floating like snowflakes covering the surface of the earth — that I remember most clearly. I remember my own mental state much less clearly. Amid the fires, my mind was ablaze, and reality was slipping away at exponential speed as my first weeks of high school came and passed. Yet, I did not have the recognition nor the language to describe my illness at the time.

I felt as though my mind’s ties to reality were cut — and it was there, in a state of confused limbo, that I did not question the day when the high school secretary called over the PA system for Alexandra Shall to come to the office. My mom told me I would be spending “a few days of rest” in the hospital. For some, such a proposition might have evoked fear; but for me, the ability to lay in a bed, as I imagined, sounded divine.

My Hospitalization Was Not The Experience I Hoped For

The neuropsychiatric institute was not a bed, and it was not a few days. The intake included an excruciating litany of questions. The physical exam, unwanted. Hours later, I sat on a bed dressed in a thin white blanket, clothes and sanitary pads laid bare next to me, much as I felt. The next five weeks were terrifying, and, as I would learn, they came to define the course my life would take over the coming years — the years until now, at the age of 33.

There are remnants I recall during the course of my six hospitalizations from October 2013 to June 2014: when I was moved to the bed across from the nurses’ station due to safety concerns; when I was confined to bed for three days for repeated incidents of self-harm within the hospital; when my roommate played explicit rap music loudly in the middle of the night to help her sleep while it forced me to stay awake; when I watched another patient have a seizure on the volleyball court after starting an antidepressant; when, for five weeks, I ate a small piece of fried chicken breast and two scoops of mashed potatoes every night for dinner, both of which proved catastrophic for my digestion; playing cards and ping pong with psych techs and other patients as if our circumstances were ordinary and not of concern; when I saw a psych tech sneak one of my Reese’s Peanut Butter cups from the patient belongings cabinet in the kitchen; watching my little mini dixie cup of pills increase in fullness as the weeks and months passed.

During my first hospitalization, I was diagnosed with bipolar disorder. Years later, my symptoms would be reclassified as bipolar 1 disorder, rapid cycling with mixed episodes. To describe this period of my life as “an adolescence, interrupted” is quite an understatement. Every thread in the fabric of my life changed.

Prior to my decline into serious mental illness, and the psychiatric hospitalizations, I excelled in cello and piano. I played in top orchestras in the Los Angeles area, and I competed at the highest level in piano. I received recognition for my writing, both analytical and creative. I could write entire essays starting at 11:00 pm and turn them in prior to 8:00 am, not sleeping a moment. However, I later recognize my high creativity, sleeplessness and the agitation that plagued me since childhood as early signs of my bipolar disorder.

Despite The Painful Upheaval, I Have No Regrets

While my teen years felt like being shuffled through a revolving door of hospitalizations and medications, the experiences I had and the emotions I felt were transformative, and not something I would trade, even considering the pain.

Early on, I developed a deep empathy — an ability to understand the pain of others, whether it be physical, mental or emotional. Mental illness is not a solitary experience; rather it affects individuals, families and loved ones. Learning to come to a place of peace, love and forgiveness is healing on all ends.

For children and teens with mental health conditions, the road to recovery may be short or it may be long. It is unpredictable, and no one can claim to foresee what comes ahead; so much of life is unknown. Learning to live with discomfort, to find happiness within that discomfort and to approach life from a place of empathy for yourself and others can be sources of strength as you walk the path toward recovery.

Alexandra Mueller is a librarian based in Salem, Ore., who has written extensively about her experiences with bipolar 1 disorder and anxiety disorder. Currently, Alexandra is writing a memoir chronicling the ups and downs of a life with bipolar disorder. Her interests include research, music, reading and writing creative nonfiction.