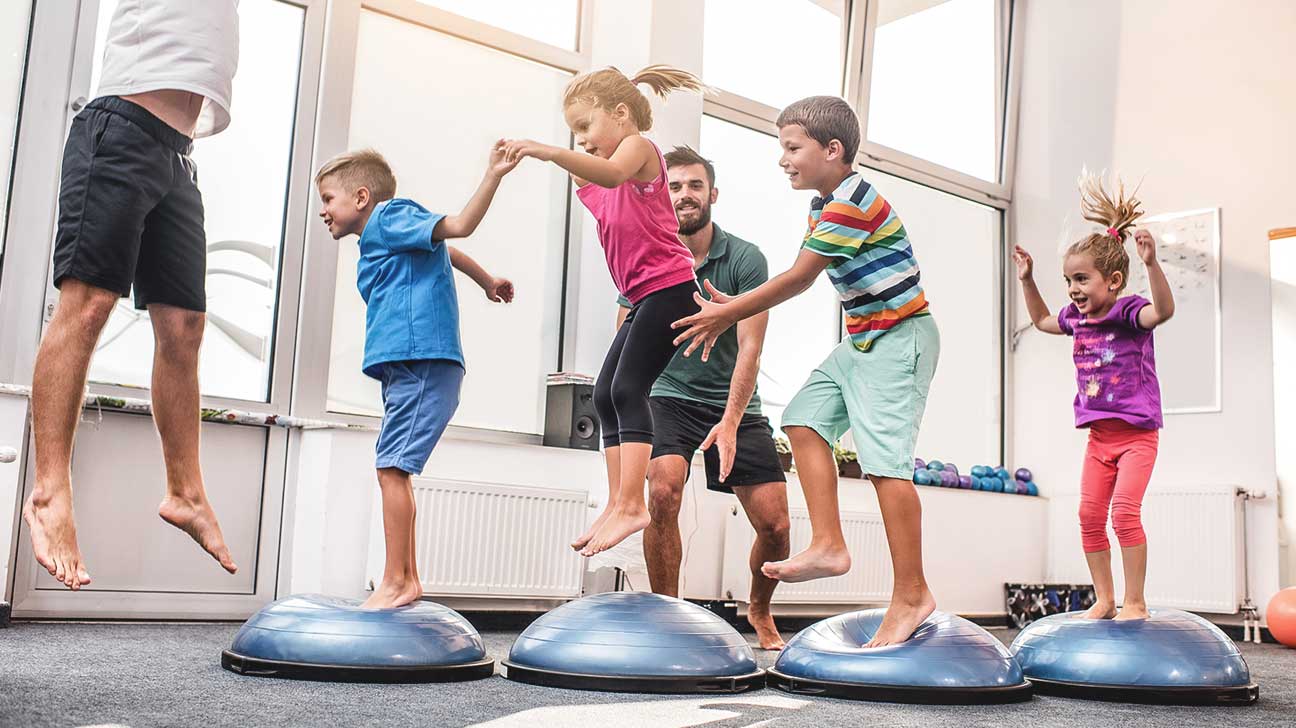 A physically active child is a healthy child.

Physical activity strengthens a child’s muscles and bones, prevents excessive weight gain, and reduces the risk of diabetes, cancer, and other conditions.

However, physical activity is also beneficial to the mental health of a child.

Experts say physical activity allows children to have a better outlook on life by building confidence, managing anxiety and depression, and increasing self-esteem and cognitive skills.

The benefits of physical activity for children are in the spotlight this week after two studies were published Monday in the journal Pediatrics.

Both analyzed the positive effects of exercise on children’s mental well-being.

One study concluded that moderate to vigorous physical activity at ages 6 and 8 is linked to fewer symptoms of depression two years later.

The other study concluded that cybercycling improves classroom functioning for children with behavioral disorders.

So why cybercycling and not just cycling?

Children with behavioral health disorders (BHD) demonstrate low participation in aerobic exercise, and cybercycling was critical because the children found it engaging.

“In terms of the physiology, there is no reason to believe that any aerobic exercise — regular cycling, running, etc. – wouldn’t have these effects. But getting children to engage in it if they don’t enjoy it is very challenging,” April Bowling, assistant professor at Merrimack College, explained to Healthline.

Many of these children have sensory disorders, social anxiety, and delays in developing motor skills, so it’s difficult to make traditional sports and exercise programs attractive to them.

“The cybercycling appealed to them because they could engage in it successfully at their current ability level, and they found the video games and virtual reality courses entertaining. When you are chasing dragons and collecting points, you can easily forget how hard you are working,” said Bowling.

Research shows exercise improves mood and behavior in children and lowers chronic disease risks, but there is little research on educational settings serving children with complex BHD, the study explained.

By using a randomized controlled crossover design, researchers investigated whether an aerobic cybercycling physical education curriculum could successfully engage and improve behavioral regulation and classroom functioning among children and adolescents with complex BHD.

Students diagnosed with autism, attention deficit hyperactivity disorder (ADHD), anxiety, or mood disorders were randomly assigned to use the bikes twice a week during 30- to 40-minute physical education classes.

Researchers found the program to be successful as children gradually increased their riding time and intensity over seven weeks.

“Overall, children in the intervention group, who ranged in ages 7 to 16, displayed up to 51 percent less disruptive behaviors than during the control period, with the effect particularly strong on the days they participated in the cybercycling class,” the study reports.

Saunders was particularly interested in the cybercycling study as the visual stimulation acts as a great motivation to exercise. “I think the cybercycling study was wonderful. The children in the study were visually stimulated in a unique way that motivated them to exercise,” Saunders told Healthline. “It was something that was enjoyable to them, which was a nice reward at school. There appears to be a direct correlation between this type of exercise and improvement in behavioral health.”

Researchers believe that aerobic exercise acts in different ways that can help improve mood and behavior in children and adults.

“First, it seems to change where the brain directs its resources, from areas of the brain that are involved in worrying, for example, and toward areas that are more involved in coordination and focus,” said Bowling. “Secondly, aerobic exercise can change brain chemistry, and specifically the levels of certain neurotransmitters that might help improve an individual’s self-regulation. When mood and self-regulation — the ability to control behavior — is improved, then children can function better in the classroom.”

Bowling believes there is a lot of promise for cybercycling to be used in more settings. She added they’re currently testing their use in public special education classrooms, but there’s a problem in getting these expensive bikes into schools that can’t afford them.

“Cost is an issue for many schools, and kids need access to different types of exercise, so I think an important area of research will be also testing other engaging modes of aerobic exercise that could be similarly effective but less expensive,” Bowling said.

Bowling emphasized the study adds to mounting evidence that kids with behavioral health challenges benefit from exercise — not just physically, but mentally.

“I think it’s absolutely critical that we stop cutting out movement from the school day — taking time away from recess and physical education for more academic purposes — if we want our children to perform to their potential,” said Bowling.

The other study focused on physical activity, sedentary behavior, and symptoms of major depression in middle childhood.

In addition, increasing physical activity may serve as a complementary method in treating childhood depression.

“Physical activity has a range of health benefits, and this study indicates that increasing children’s moderate and vigorous physical activity may prevent later depressive symptoms,” said Zahl in a statement. “Thus, increased physical activity may serve as an adjunct component to … pharmacological or psychological treatments. As regards prevention, because nearly all children can be targeted in efforts to increase MVPA, the gains at the population level might be substantial.”

Dr. Christina Hibbert, clinical psychologist, and author of “8 Keys to Mental Health Through Exercise,” believes in physical activity as a means of therapy. Exercise has helped her overcome depression and anxiety.

“Personally, I’ve used cardiovascular exercise to help me overcome struggles with depression, and strength training/flexibility exercises have helped me overcome anxiety,” Hibbert told Healthline. “Being in the sun, getting out of the house, and moving my body had a profound effect on my mood, and I started to see that it was key in helping me feel emotionally and mentally stronger and healthier.”

As a psychologist, Hibbert teaches her clients how to use physical activity to not only prevent mental and physical illness, but also to help treat other conditions, including grief, heartache, bad moods, and even relationship and family problems.

“I’m such a believer in the power of the mind-body-spirit connection,” Hibbert added.

“Physical activity is one of the best things we can do to ease the effects of most mental health conditions, including bipolar disorder and schizophrenia,” Hibbert said. “Though adherence to an exercise program might be more challenging for those suffering from mental health conditions, if they can learn the mental skills to stay motivated and stick with it, regular exercise can be one of the most powerful additions to treatment,” she added.

Hibbert noted that the two studies are in-line with other research showing the powerful effects of exercise on the brain, behavior, and mental health. “When we move our body, we move our mind. That might mean moving excess mental energy that would otherwise lead to behavioral issues and disruption, or it might mean moving us out of a state of feeling depressed.

Exercise not only offers the healthy calm energy we need for optimal behavior, it also allows us to work out stressful, anxious energy that may interfere with daily life,” she said. “Being active and moving our body daily can carry the incredible mental health benefits like greater mental clarity, energy, focus, creativity, insight, etc., into our teen and adult years,” said Hibbert.

Both Hibbert and Saunders agree that the younger we start exercising the better off we’ll be later on in life, and it’s never too late to start. They also urge parents to take part in their children’s physical activity.

“Adults that work with children play an important role in the growth and development of children. Being that ‘healthy role model’ will not only help them stay physically fit, but mentally fit,” said Saunders.

“One of the best ways to help our children be more active is to start a habit of activity ourselves and include our children,” added Hibbert. “Play, ride bikes, jump on the trampoline together with your child — whatever you can do to get your children — and you — moving, and make it fun, is going to be just right. This shows children that moving is fun, it makes them feel good, and it also strengthens our family bonds.”

This article originally appeared on Healthline.com, you can view it here.