Almost two-thirds of children worry ‘all the time’

Home-Blog-Almost two-thirds of children worry ‘all the time’

Almost two-thirds of children worry ‘all the time’ 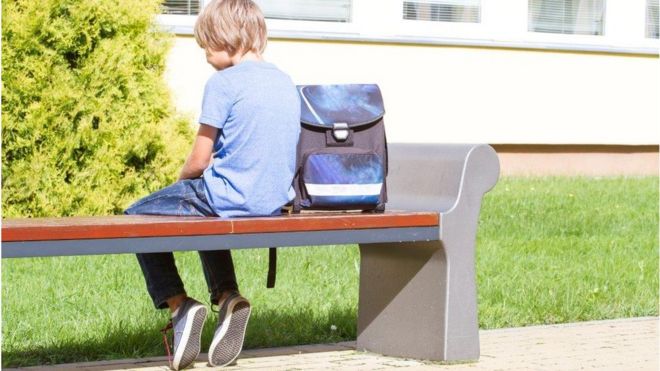 At nine, Tom was so worried about not being able to do his class work that he kept running out of the school gates.

More than once he tried to escape out of a first-floor window, convinced his teacher was criticising him.

He is not alone – research among 700 children aged 10 and 11 for the mental-health charity Place2Be suggests almost two-thirds worry “all the time”.

Concerns about family and friends and fear of failing at school are the top causes of anxiety, says the charity.

The school referred Tom and his mother for counseling sessions, run by the charity at the school.

Tom felt he could not learn and his mother could not get a job as she was so worried about what would happen if he ran home from school and found her gone.

Tom was taught breathing exercises to control his anger and reduce his anxiety – techniques he used for the rest of his school career.

“It helped me get through,” he said.

Eight years on he applied for a place on a performing arts course and says he owes his progress to the counselling sessions.

Place2Be surveyed children in the top primary year at 20 schools across England, Scotland and Wales at the end of 2016.

The entire year group in each school took part.

Their top concerns were:

There was a gender divide, with 36% of girls worrying about being bullied, compared with 22% of boys.

The most common coping strategies were talking to family members (72%) or to friends (65%), while 65% of boys calmed themselves by playing computer games compared with 39% of girls.

More than 80% of the children surveyed said the best way for adults to help was to listen sympathetically and students said it was important to be kind to anxious classmates.

“I give them a hug and tell them not to worry and everything is OK,” said one 10-year-old.

“But in reality we know that young children can worry about a lot of things, whether it’s something going on at home, with their friends, or even about bad things happening in the world.

“It’s perfectly normal to worry from time to time, but if these worries become more serious or persistent, it’s important that children know where they can turn for help.

“Schools and families play a crucial role in ensuring that children learn to look out for each other and know how to get help if they need it.”

Some names have been changed. The original article appeared on the BBC News blog, and can be viewed here.