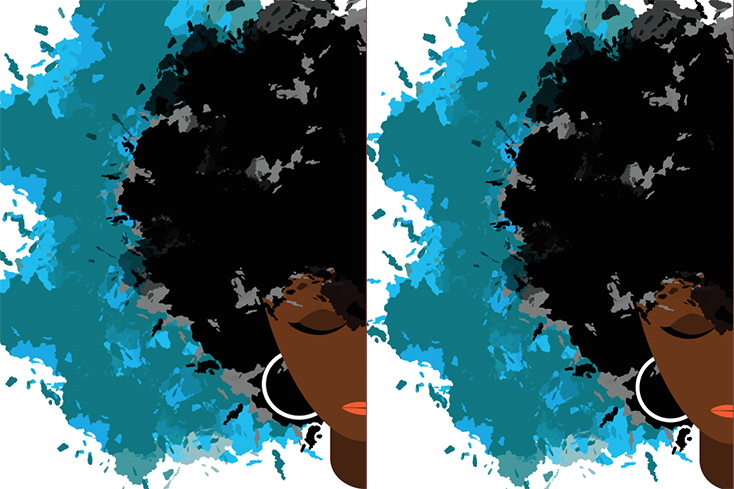 This year, I decided to write about Black History Month. Naturally, I get excited when I can talk about my personal experiences to help people understand the bigger picture. However, as I started to write a title for this blog, I could feel my heart rate rise, my hands begin to jitter on the keyboard and my chest tightening.

It wasn’t just excitement running through me. I wondered to myself, “nothing happened; why are you getting anxiety?”

I’ve lived with anxiety and depression since I was 13 years old, so my list of coping skills from hours of therapy (and a stint in an intensive-outpatient) started going through my head to manage feeling triggered.

I only recently started speaking out about generational trauma, racism and being Black in America because, at times, the anxiety and fear can be too much to bear.

When I Decided To Finally Speak Up

At the end of May 2020, there was a planned peaceful protest in LA. I decided that day it was my turn to stand for justice — time to speak up. I called one of my best friends as I walked toward the protest. Our conversation was about how I was so sorry that I had been quiet in the past about being Black, and that I won’t stay quiet out of fear anymore. As I walked, I started mentally preparing myself for how bad this could get. I found a new friend that was also alone, and we agreed we would look out for each other. There were all types of ethnicities, genders, ages.

We stood in large groups chanting many songs, and it was as inspirational as it was depressing. I messaged a friend to tell them where I was, and her husband that’s in the military told me what to do if they started to spray tear gas. I stood there in disbelief as four LAPD helicopters circled the street, and a group of police officers lined up to stop us from walking further down the street. “Is this really happening?” I wondered to myself. All we wanted to do was peacefully express our feelings for the way Black people are being treated, and they quickly roll out the big guns? I know many people who work in law enforcement or serve in the military, and truly feel torn about this.

My tears started to melt my sunscreen off my face, and my new friend just touched my shoulder to let me know that it’ll all be okay. I began to document what I was seeing because I knew people wouldn’t believe me. About two hours into peaceful protesting, we started to hear “POP. POP. POP.” Hundreds of people began to run in the opposite direction. They were shooting at us with rubber bullets. After that, it all went downhill.

Two days later, I overheard my roommate on the phone saying, “These people are ruining our neighborhood.”

This was my first step in speaking up for Black America — and it did not lessen my anxiety.

Why Speaking Out About Being Black Is Triggering

Despite my commitment to speaking out, I get triggered out of fear of the following happening:

Backlash
I feel the moment I start to type any historical facts about the Black American experience (slavery, the Emancipation Proclamation, Martin Luther King Jr., Rosa Parks, police brutality, the war on drugs, the ‘N’ Word, Rodney King, George Floyd, Sandra Bland, Colin Kaepernick, Black Lives Matter, colorism, Barack Obama, Tulsa, prison reform, etc.) there will be an automatic backlash from people who think we are “overreacting” or “need to get over the past.”

Racist Comments
I was born and raised in Anchorage, Alaska. I’m a fair-skinned Black woman and I have a very “American” accent. There’s a lot I have never experienced when it comes to the blatant racism in this country. We call this “privilege.” However, I’ve had my fair share of racist moments. For example, the many times someone has said to me:

These are the comments I receive when I don’t even mention my race. When you start talking about it openly, you are only exposing yourself to even more racist commentary, which for me is incredibly anxiety-inducing.

Gaslighting
The constant fight to feel heard and understood can be triggering for many. The Summer of 2020 was very mentally hard on me as a Black person in America. We would take one step forward, something would shoot us (pun intended) 10 steps backward. One day, our voices were heard, and the next, this was all in our heads.

This year, Black History Month is hard. I feel there are so many layers to this that many people choose not to understand, and that’s very frustrating. Writing this triggers me, but I refuse to stand on the side any longer. If this triggers you, you are not alone.

Brooke Johnson is an actor, model and Miss Alaska USA 2018. She holds her B.A. in Digital Cinema Arts from Lindenwood University and serves as a national ambassador for NAMI. Brooke traded in her Xtratuf boots for flip flops and is currently living in Los Angeles continuing to pursue all of her aspirations.