He’s Not a Criminal, He’s in Crisis

Home-Blog-He’s Not a Criminal, He’s in Crisis

He’s Not a Criminal, He’s in Crisis 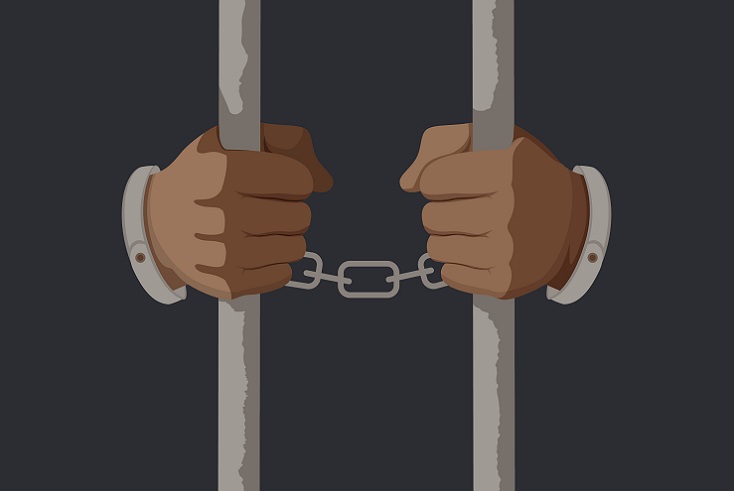 I facilitate a peer-led support group called the NAMI Connection Recovery Support Group for Black men. The men who attend the group have all been accused of felonies. They also have all been diagnosed with a mental health condition, such as schizophrenia, bipolar disorder, PTSD and depression.

Some do not believe they have a mental illness, and if they do, they will not admit it in front of the group. I tell them it does not matter if they have a diagnosis — we are all here to get mentally healthy.

In addition to the support group, the men participate in a mental health court program to avoid serving time in jail and to potentially get their records cleared.

Even though I am a Black woman with mental illness, I do not have much in common with these men. I had to work hard to adjust my perception of people who commit felonies and find commonality so we could work together. I used to think that if a person was arrested, they must have done something wrong — but I was wrong.

These men should have never been involved with the police in the first place.

Through listening to my group participants’ stories, I’ve noticed a common theme: they were having a mental health crisis and the police were called. This is exactly the problem. The police expected to detain criminals, not to deescalate a mental health crisis. Families or neighbors who call 911 want care for their loved one or friend. There is no other number to call, so they reach out to the only choice they have. Too often, this ends in arrest or unnecessary violence.

In the same county where my group members attend mental health court, an officer fatally shot a man with mental illness in March 2015 — a man who was naked and unarmed at an apartment complex at the time. The property manager called 911 three times out of concern for the man’s safety when she saw his erratic behavior. She wanted help for someone experiencing a mental health crisis, not to have him killed.

From what I have seen, it seems that people with mental health conditions are arrested at a disproportionate rate. They are automatically seen as a threat and arrested when other, more appropriate options, should be available. If all police had training on working with people with mental illness, such as Crisis Intervention Team (CIT) training, these arrests could potentially be avoided.

Mental illness is not a criminal offence. And even when officers understand the need for care instead of arrest, they need better support to make it possible. It is reported in my county that officers take people to jail instead of the treatment center because it is faster and requires less paperwork.

Additionally, the lack of socioeconomic privilege that underserved communities face leads to many stressors, such as poverty and an increased risk of homelessness — which can then lead to instability and a greater likelihood of mental health crises.

The police are trained to protect the population from criminals. They are not medical professionals and, unless they have had very specific training, like CIT, they do not know how to deescalate a situation and make sure a person gets the mental health care they need. It takes a special skillset to calm and treat someone experiencing a mental health crisis, and the police are often not equipped for that kind of response.

The police have been charged with addressing these mental health needs, and that is not working.

It is possible for us to work with law enforcement to bring about change. They are allies in this work. However, the main premise of policing as we know it needs to be evaluated and the systems that perpetuate abuse in policing need to be dismantled. And we can do it with the will of all people — white, Black and Brown, and our leaders. We must not give just lip service to change. We must act with conviction and speed.

The men in my group should not have been arrested. But they were. Now they have lost their housing, jobs, relationships with family, places in community, good records and self-respect. In my group, I try to restore their dignity. I try to let them know that they have value and are cared for, that their mental health challenges do not have to stigmatize them for the rest of their lives.

Our concept of law and order needs to radically change. People of color and people with mental health conditions are bearing the brunt of our disastrous criminal justice system. And if things stay the way they are, there will be no justice for anyone.

Alisa is an African American lesbian with lived mental illness experience. She has a 25-year career in nonprofit administrative roles, working with the homeless (teens, families and runaways), battered women, abused children, sex-trafficked girls, and people with mental health conditions and substance use issues. She currently conducts NAMI Connection Support Groups for Mental Health Courts in her county and serves as a state trainer with NAMI Georgia.

Note: This piece was originally published in July 2020.