I Thought I Understood My Daughter’s Mental Illness, But I Had No Idea

Home-Blog-I Thought I Understood My Daughter’s Mental Illness, But I Had No Idea

I Thought I Understood My Daughter’s Mental Illness, But I Had No Idea 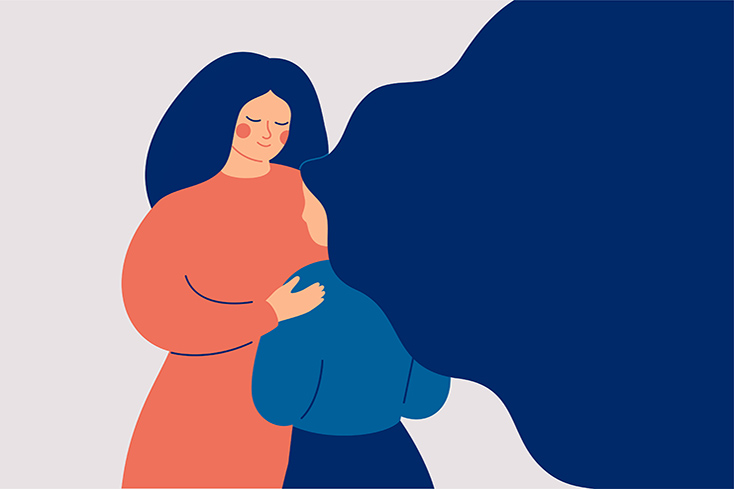 The last thing I was expecting to do Christmas Day was rush my daughter to a hospital amid a mental health crisis. And yet, while the world was grappling with the challenges of a global pandemic, I was dealing with another real and personal health crisis.

My daughter had just completed a 12-week intensive outpatient therapy program, and I thought we were on the road to recovery. I was wrong.

Tackling My Own Mental Illness

My first experience with mental health challenges took place when I was 29, and my mom was diagnosed with cancer. She was only 53. I couldn’t sleep and struggled with anxiety and depression. I went to see a counselor, which helped me deal with the reality of losing my mother and process my grief.

Then, a few years later, my first daughter was born — a supposedly beautifully positive, life-changing moment. But, instead of experiencing a blissful postpartum phase, I was plagued by depression and anxiety.

I recognized the symptoms immediately, but this time, they were more severe. Where was that joy I’d been told I would feel when I had a child? My baby was extremely colicky, so I wasn’t sleeping. I became hyper-obsessed with nursing; my whole self-worth as a new mom was based on my ability to do what I viewed as an essential maternal task. I struggled to cope.

My mornings began with crying in the shower while blasting the radio to cover up my sobs. My evenings were plagued by anxiety and even throwing up at the thought of facing another night with my screaming baby who wouldn’t sleep. I called my husband who was away for work and told him I was in danger. I needed him to come home. Our pediatrician told me to come in every two weeks under the pretense of checking on the baby — but the visit was really for checking in on my mental state. All I wanted to do was disappear, which I now know is one of the beginning stages of suicidal ideation.

My doctor prescribed me antidepressants, which I didn’t want to take until I realized they weren’t just “happy pills” or a sign of weakness. They were medication that would help lift the fog of depression so that I could face another day. The medication helped: I was able to organize my thoughts better, and I became less obsessive about whether or not I used breast milk or formula. I was able to talk myself off the ledge and slow down enough to function. Six months later, my daughter’s colic disappeared. I was sleeping better, and this painful chapter came to an end.

After my bouts of anxiety and depression, I thought I knew the depths of mental illness. I knew what it was like to not want to get out of bed. I knew the experience of living in a fog.

Does this mean I knew what to do when my daughter, Sheridan, started struggling with the same things? Unfortunately, not. However, knowing what you don’t know goes a long way in respecting, loving and supporting another person who is struggling.

“Just because we have the same thing doesn’t mean it is the same thing,” Sheridan, who is 16 now, reminded me recently. “Everyone’s mental health displays differently.”

Sheridan’s mental health issues began when she was in grammar school, and we treated it with therapy and the appropriate medication. The experience was isolating for her, as she felt different from the other kids.

She was diagnosed with bipolar disorder with anxiety when she was 12. Years later, in July 2020, her depression symptoms intensified, and she began self-harming. In September, she started an intensive outpatient program five days a week, five hours a day for 12 weeks. She graduated in the middle of November. Yet, here we were on Christmas Day, in the emergency room, trying to find her a facility in which she could spend the holidays. I felt responsible — like I had failed her. “Can’t she just come home for the night to open presents first?” I asked her therapist. I wanted her to be happy. I wanted to give her a beautiful Christmas.

“I don’t think that’s a good idea,” her therapist responded.

So I followed the emergency vehicle to the psych hospital and watched helplessly while they took her away. I tried to enter the facility, but the orderly stopped me. “Where do you think you’re going?” he asked. “This is where you say goodbye.”

I felt helpless and frozen.

Learning To Communicate And Accept Our Reality

I am not perfect. There are days when my daughter, now back at home, can’t get out of bed, and the simplest task feels overwhelming. And even though I’ve struggled with the same things, I can still find myself annoyed and frustrated, making her feel even more isolated.

We continue to work on our communication surrounding her needs.

I don’t know either. This illness is often a mystery to me. So, I continue to learn about it.

There are periods where it seems we are doing well — communicating effectively, spending time together, laughing and having fun — and then her therapist will tell me that Sheridan is experiencing increased suicidality and needs an intensive outpatient treatment program right away.

With my experiences, how could I miss this? Perhaps I want her to be “better,” so I latch on to anything that looks like progress.

This is a lifelong journey and one that we will take together. I continue to grow in my understanding and ability to help my daughter, and in that process, I get to practice empathy, resilience and not seeing her mental illness as my fault.

Doing Our Part To Combat Stigma

My daughter and I talk openly about our very personal journey because we want people to know that they are not alone, and we hope to encourage a better understanding around issues concerning mental health. In our experience, education, empathy and support are critical in confronting a disease with an expression as unique as our DNA.

I wish treatment could be one-size-fits-all, but no one can fully understand the specifics of another person’s illness. This is why I am Sheridan’s advocate, her mouthpiece, her support, her friend, her ally — until she steps fully into being her own, which she is beginning to do beautifully and vulnerably.

Every story is different, but we do not have to be alone in talking about or experiencing the struggle and triumphs of managing mental illness.

Denise Mueller is Senior Executive in the biotech field. She is a mother of three beautiful daughters. Denise’s journey with mental health began as an adult when her mother became ill. Today, it’s a journey she shares with her daughter. Together, they continue to support each other to grow, learn and heal.