What My Brothers Taught Me About the Importance of Early Intervention

What My Brothers Taught Me About the Importance of Early Intervention 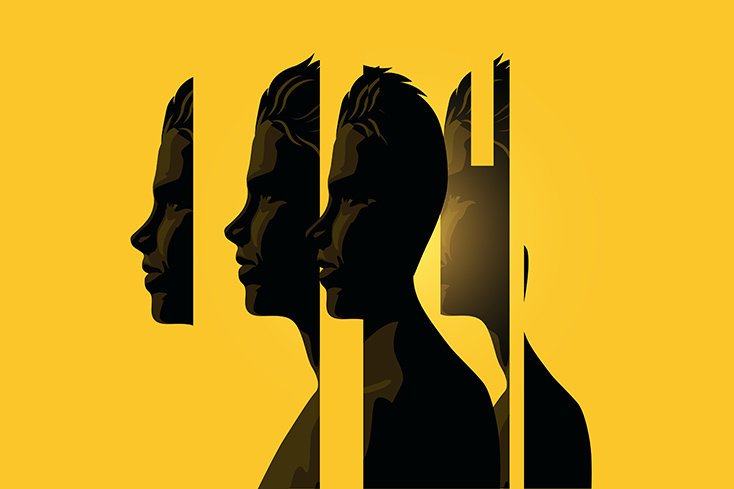 When my three brothers, one by one, first began showing signs of a mental illness in the 1970s, my parents thought they were just “acting out.” The angry outbursts and occasional physical fights seemed like a routine part of masculinity.

Then, it became apparent that something was just not right. My youngest brother began behaving strangely. He might walk into a fast-food restaurant, order food and eat it in front of staff and customers without paying. My other brothers’ fights escalated to serious physical violence, forcing us to call the police for help.

Due to the stigma surrounding mental health conditions, particularly in our community, my brothers did not receive the interventions they needed early on. Unfortunately, by the time they received help, it was too late.

The Stigma We Faced In A Christian Community

When it was evident that my brothers were displaying symptoms of a mental illness, my parents did not immediately explore treatment options for them. As devout Christians, they believed that every problem could be solved in prayer or by attending church.

In our predominantly African-American Pentecostal church, mental illness was not an accepted topic of discussion, particularly when examining our personal problems. My family and I, along with our entire community, attended church regularly where we learned that Jesus could fix anything if we prayed hard enough.

“They need to pray,” my mother would say in response to my brothers’ latest incidents. “They need to go to church.”

Understandably, in this environment, my parents didn’t fully understand the need for professional intervention. The solutions to my brothers’ problems, however, were far more complicated than prayer.

They Only Received Help After Their Behaviors Became Dangerous

My oldest brother’s mental health diagnosis came after developing a bleeding ulcer, for which he refused to have surgery. He became increasingly ill and depressed — and one day, he lost control and threatened to hit our mother with a two-by-four. We called the police, and he was taken to the emergency room. He was then admitted to the mental health unit and diagnosed with bipolar disorder.

My middle brother finally received medical attention in the mid-1970s after taking a trip out of town to visit relatives, and my aunt notified us that he was acting “strange.” He had withdrawn from family members, she said, and he sat in complete silence. He returned home shortly after, and he would sit for hours in one spot while chain smoking cigarettes and staring into space. He would even wander in and out of town for months at a time, his whereabouts unknown to his family. Eventually, he was diagnosed with schizophrenia.

My youngest brother finally received treatment following numerous incidents in which authorities determined that he posed a threat to others in the community. He had shoplifted and threatened store clerks with fatal violence enough times to raise serious concerns. Eventually, in the late 1970s, he was taken to a local mental health unit where he was diagnosed with schizophrenia.

The Delay In Treatment Had A Devastating Impact

I believe that the lack of early intervention impeded my brothers’ abilities to successfully manage their illnesses. Their stories ended tragically — and I continue to mourn their chance to live ordinary, productive and fulfilling lives.

My oldest brother struggled to manage his bipolar disorder, and he died by suicide at age 32. My middle brother has been missing for more than 20 years, after what felt like vanishing into thin air. Meanwhile, my youngest brother has lived in a mental health facility for more than 33 years. We expect that this will be his home until his dying day.

Because of the devastating affect mental illness had on my family, I am committed to ending the stigma and encouraging early intervention and treatment. My mantra is: “I’m Not Keeping Quiet Anymore.”

I hope that being fully transparent about my family’s experience will show other families that they are not alone. I hope to encourage people to seek professional care rather than trying to pray mental illness away, and remind them that there is no shame in asking for help. Ultimately, if I can prevent just one family from experiencing the pain that mine did, I would consider that a success.

Cynthia Mobley Howell, the Founder and Chief Executive Officer of HoWell ARE YOU, is on a mission to end the stigma surrounding mental illness. She is also a minister, public speaker and transformation coach focusing on mental wellness. Cynthia is one of 40 writers featured in the Amazon bestselling anthology “I’m Still Standing.” Her memoir, titled “Crazy Didn’t Get Me,” will be released in 2021. You can follow her on Instagram at @cmobleyhowell and on Twitter at @cmobleyhowell.