Everyone agrees that treating children early on for mental health issues is crucial, but barriers to diagnosis and treatment can make that difficult. 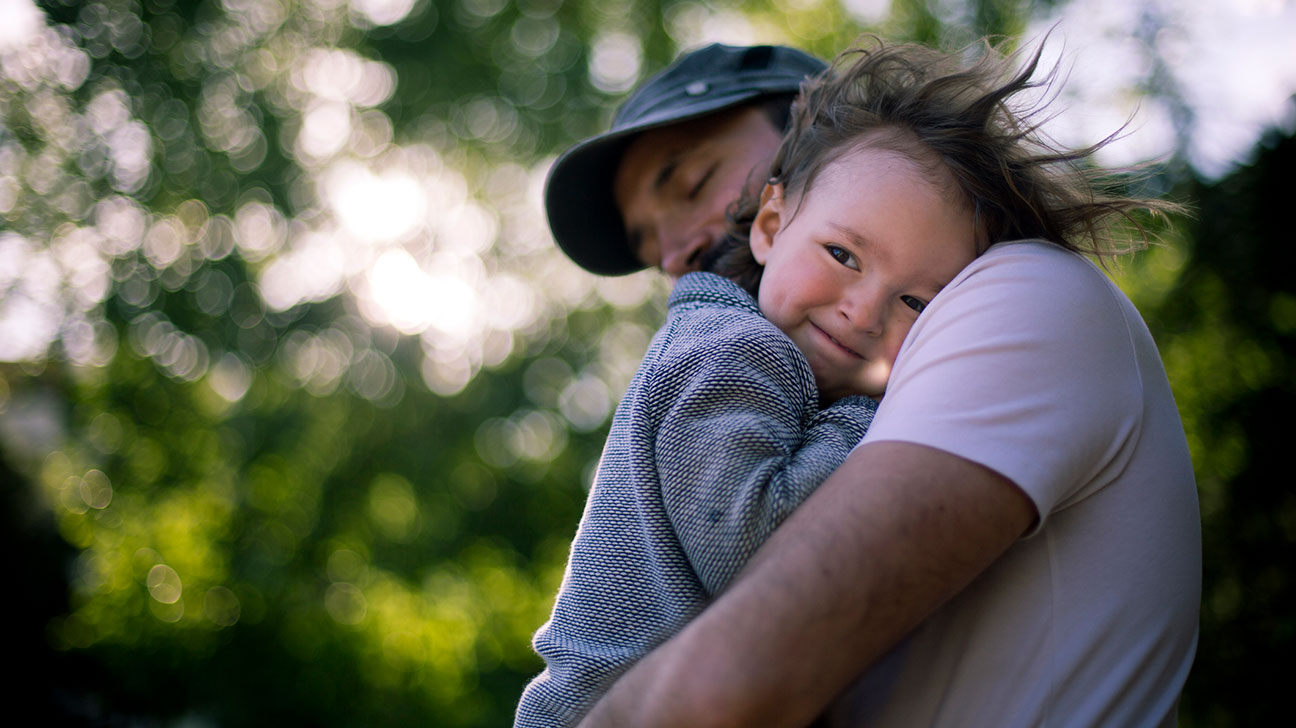 When Stephanie Elliot’s son was in the sixth grade, she noticed a concerning change in his demeanor.He’d recently been put on a new medication for epilepsy that seemed to be working, but the side effects included his sudden morphing into a sullen, fearful boy who asked questions like, “Why am I even alive?”One night, genuinely afraid that she was losing her son, Elliot called her local emergency room. They advised her to not let him sleep alone and to bring him in first thing the next morning.

She slept in his bed that night, then drove him to the local children’s hospital the next day. From there, she had to wait three days for insurance approval to transfer him to a psychiatric hospital.

They also had to wait for a bed to open up at that hospital — where he would spend another week under round-the-clock care, being weaned off his meds and kept safe.

Their ordeal didn’t end there, though.

After recently writing about her experience for The Fix, Elliot told Healthline, “He didn’t get better immediately. I would say it took about a year for him to level out and show signs of the kid he used to be.”

“He was treated quickly and appropriately,” she added.

And it was that fast action to get him the help he needed that she credits with how she eventually got the son she knew back.

Not everyone can get quick care

However, not every family with a struggling child is able to get that care quickly.

Emily McCoy is a single mother in Texas who adopted her daughter out of foster care at the age of 5.

“Since she came out of foster care and trauma,” she explained, “she’s always struggled. She was having a lot of issues with tantrums, meltdowns, and aggression at school and home. In the evenings, she would scream for hours some nights, and there would be no way to console her. Sometimes it was angry screaming and sometimes she would cry like a baby.”

She was in play therapy and was given a referral to see a psychiatrist. There, she was diagnosed with Disruptive Mood Dysregulation Disorder (DMDD) and was prescribed the drug Abilify.

But that was only the beginning.

Her daughter’s therapist quit a year later. They’re now on their third. They see a psychiatrist once a month but have had to increase her medication doses and add additional medications multiple times.

“I feel like it has been difficult getting her appropriate treatment,” McCoy told Healthline. “Partly due to her being on Medicaid and me being a single mom who is a teacher. I don’t have the finances to pay someone privately, and we have to find providers who accept her Medicaid. This can make it very difficult to find therapists that I can afford. The last few months have been really hard for her, and I have tried to get her into a day treatment program. They said her symptoms were too severe for their program. There are other programs out there, but they aren’t feasible due to distance and other logistics. I don’t feel like things are severe enough to commit her to inpatient, but we are definitely struggling.”

According to a recent poll released by Nationwide Children’s Hospital in Ohio, more than a third of parents say they know a child or adolescent in need of mental health support.

But 37 percent of families identify expenses and 33 percent identify insurance coverage as barriers to receiving that treatment.

Meanwhile, 87 percent of Americans believe there is a real need for improved mental health supports for children and adolescents.

Yet, that access still remains unattainable for so many.

Danielle Rannazzisi, PhD, is a psychologist in the state of New York.

She has worked specifically with children ages 3 to 5 over the past several years, and told Healthline, “The research has shown that the earlier we can intervene, particularly with evidence-based interventions, the better outcomes we see later on. The early years of childhood lay a foundation for future academic, social, emotional, and behavioral success. If we can teach children the skills they need in their formative years, they can carry these skills with them through their elementary years and beyond. On the other hand, if we ignore a problem a child is having, that problem can grow over time and become more difficult to remediate.”

While she noted seeing a particular increase in anxiety among preschoolers in recent years, with “many more children meeting diagnostic criteria for anxiety disorder,” she also explained there can be a lot of factors working against a child getting the intervention they need.

“Sometimes the barriers to intervention are simply a matter of parents being unaware that supports exist,” Rannazzisi said. “Parents may feel that these supports are cost-prohibitive, particularly if they do not have health insurance, or their insurance provides limited to no coverage for such supports. I can’t speak for every state, but children can be evaluated for therapeutic services through the county’s Early Intervention program (birth to 3) by contacting the Department of Health, or by their local school district (age 3+) by contacting the special education office. These evaluations and services are provided at no cost to parents.”

But cost isn’t the only thing that might prevent a child from receiving that early intervention care.

“Another barrier I still come across,” Rannazzisi said, “is stigma associated with mental health conditions and their treatment. In those cases, the parents themselves can serve as a barrier to treatment as they are fearful that their child will be ‘labeled’ and subsequently ostracized by his or her peers.”

It’s a stigma that Dr. Nerissa S. Bauer, MPH, FAAP, an executive committee member of the American Academy of Pediatrics (AAP) Section of Developmental and Behavioral Pediatrics, spoke to as well.

“Some parents have this fear that saying there is a problem will reflect poorly on them,” she told Healthline. “They’re convinced they need to be super parents, and that admitting their child is struggling might be admitting it’s all their fault. But when pediatricians set out to screen children, it’s really to partner with parents. Because we know that parents play a central role in supporting their child’s social and mental development. When parents feel there is a concern, they need to be empowered to bring it up.”

Bauer, who also helped develop the AAPs latest guidelines for teen depression and who writes the blog Let’s Talk Kids Health, went on to explain that, “In the context of helping parents and children in their interactions, and improving how they relate to each other on a day-to-day basis, it’s a lot easier to shape those interactions when the issues haven’t been long-standing. We know specifically that when certain interventions are implemented by age 8, there can be greatly improved outcomes later on. The studies coming out on early brain development and the lifelong impact of early intervention into behavioral issues are compelling. But parents need to first know that when they suspect something, no question is a bad question. Trust your parent radar: You know your child best.”

As the AAP works to bring further awareness to this issue, Bauer admitted that there can be struggles in diagnosing children with mental health issues.

“A lot of these issues are really challenging and difficult to diagnose,” she explained. “There’s no imaging, no specific diagnostic test. It takes time, and some of these issues also show up in the face of complicated environments and family histories. So, pediatricians really have to try to get to know their families during well-child visits, which is sometimes the only time they see them. Some of these issues require in-depth discussions with families, though. It’s sensitive, but talking to your child’s pediatrician is the first step.”

And then there are the barriers she sees.

“Once you have a diagnosis, connecting the child to the appropriate resources can sometimes be difficult. Especially with children, medication is not always necessarily the first option,” she said. “It’s often providing the parents educational support and access to services. As you can imagine, navigating that system can be very daunting for families and, unfortunately, a lot of mental and behavioral health services are not always readily accessible to families. Especially parenting support. Sometimes those services simply don’t exist to families.”

And when those services don’t exist, where is a family supposed to turn?

Healthline spoke to several parents about this issue. Elliot was the only one who seemed to have experienced quick access to the treatment her son needed.

Meanwhile, Sarah Fader, chief executive officer of the nonprofit Stigma Fighters, has had her son on the list for Intensive Outpatient services for months, with no spots opening up.He’s been struggling with mental health issues since he was 8 and has suffered panic attacks so severe he’s needed to be pulled out of school.She’s been trying to get him a diagnosis since September, with no end in sight, and has had to bring him to the emergency room in the past because of “episodes where his temper was so explosive that he punched me or threw furniture in the house,” she told Healthline. “Still, the system could not offer us assistance or hospitalization.”

Fader is preparing to move her family to Brooklyn, where they previously lived, in the hopes of getting her son better access to services there.

Pauline Campos of Minnesota first brought up her hunch that her daughter may have autism when she was 6 years old. It took three years to get her evaluated, after they moved and began seeing a new pediatrician who actually listened to her concerns.

“She’s been diagnosed with high functioning autism and anxiety, along with dysgraphia,” Campos told Healthline. “Where we’re at now, we have access to the treatment she needs. But where we used to live, it wasn’t possible. Every specialist was at least four hours away. To put it as nicely as I possibly can, we were not impressed with the level of expertise or the resources available to us in northern Maine. Distance was our barrier.”

Even Elliot discovered that access to services wasn’t as easy to find as it had been the first time around when it was her daughter she was seeking help for.

“We knew there was something wrong early on,” she said. “By age 3 or 4. She was an extremely picky eater and had high anxiety as a child. We took her to the pediatrician who said she was fine. Nutritionists, occupational therapists, psychologists… we spent at least 10 years trying to find out what was wrong. Finally, at 15, we took her to an eating disorder center where she was diagnosed with ARFID (avoidant/restrictive food intake disorder.) She went into a 20-week outpatient therapy program and then began to see her psychologist once a week, then twice a month, and now once a month to check in.”

When asked what she thought the difference was between the treatment her son received and the years of fighting it took to get her daughter treated, she explained that her son’s issues were easily identifiable, while her daughter’s diagnosis of ARFID was less well-known. It wasn’t even in the Diagnostic and Statistical Manual (DSM) until after 2013. With so little known about what she was struggling with, it was simply harder to identify and get her the help she needed.